are you following me?

This is a public service announcement.  If you are following my blog, but have no intention of reading my posts, please unfollow me now.

Prior to the evolution of social media, following someone who you didn’t know was totally creepy and potentially dangerous to the person being followed.  My, how things have changed.  Now people collect followers, on purpose.  It’s a thing. 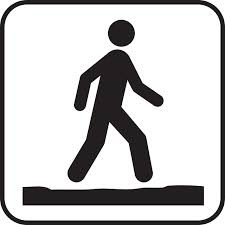 I’m wary about collecting followers on WordPress.  I want followers of course, because I want people to read my blog.  But followers who are trolling for follow backs are not my friends.  That method of following just to get follow backs happens constantly on Twitter.  That’s probably where it originated.  And now I’m wondering if people on WordPress may be doing it too.  Which is lame.  But then again, I have no proof, just an unsubstantiated suspicion.

For instance, while I was typing this, a user named Opinionated Man, followed my blog.  Actually, this may have just substantiated my suspicion.  Checking his blog, he has over 44,ooo followers.  I’ve only written one post so far on The Honking Goose so I can’t believe the Opinionated Man actually has a compelling reason to follow my blog and I’m definitely not convinced that he even read the one blog post I did write so far.  He’s probably just trying to pad his numbers.

If you have read this blog post, you’re good with me.  You’re not the one I’m criticizing.  If you have followed my blog, but will not read my posts, you can unfollow me now.  I have no use for your counterfeit attention.  Not that you’ll ever get my message, unless you read this.  In which case, like I said, we’re cool – please stick around.

UPDATE 10/10/14: I have had a shift of viewpoint since I first wrote this post. I learned so much from all the feedback I got in the comments section. I’ve also become a regular reader of Opinionated Man’s blog. And contrary to my original assumptions, OM has read and commented on my blog a couple of times too. I retract my criticism of his following practices. I won’t change the original content of this post, though, because it documents exactly what I was thinking at that time and it was a great catalyst for me to learn more about blogging.

UPDATE 11/7/14: Following up on this post, I wrote, are you still following me? about how my mind has changed since I first wrote this post.