is this what you think about marijuana? a post about alcohol

Over the past summer, the Gander quit drinking. It was a long time coming, drinking alcohol was a problem for us, and our relationship, and our kids, that it took me years to recognize and understand. Because most of the time it was fine, and once in a while it was really, really bad. I’ve basically giving up drinking as well, there is no booze in our house. I do work at a wine bar, so I’ll have a taste, but not a whole glass. Because of the horror that drunkenness sometimes caused in our household, I’ve grown a really strong aversion to alcohol.

And I think I finally understand how many people think and feel about marijuana. They respond to the topic the same way I now feel about alcohol. Some people have no exposure to positive/optimal cannabis culture. Either they’ve never tried smoking it or if they did, they had a bad time.

I had a mostly positive life-culture relationship to marijuana. My dad smoked it when I was very young in the 80’s, lots of his friends did, too. And they were all great people, normal adults with jobs and families and regular lives. I got into smoking weed as a teenager and it opened my mind, allowed me to see things from new perspectives. I learned a lot. I grew as a person. And I enjoyed the hell out of live music concerts and hikes in nature. Fuck yeah.

I don’t really smoke much herb at this point in my life. I’m busy and I’m just fine without it now that I’ve reached such a happy place in my life. But it has definitely shaped who I am as a person, in ways that I am very satisfied with. So satisfied that I once had the opinion that everyone should smoke marijuana. It would help them relax and get their heads straight and just be chill and be nicer. 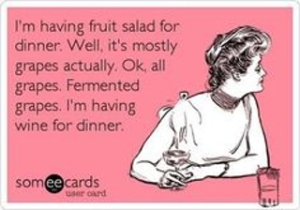 I have developed such a strong aversion to drinking and drinking culture now. And it is SO pervasive in our society. It is so acceptable. I feel like I have PTSD in relation to alcohol sometimes. Just a minor reference that other people think is fun and funny can send me into an emotional tailspin.

So I think I finally “get it” – how marijuana can be perceived so negatively. I can relate. Once again, life for the win. Because so often a negative experience can have a positive effect on our lives. We grow and become better people.

What are your personal perceptions of alcohol drinking and marijuana smoking? How do they compare to society’s acceptance or lack thereof for drinking and smoking?

41 comments on “is this what you think about marijuana? a post about alcohol”